Named Anansi’s Web, the playset represents the West African folktales of Anansi the spider. Anansi is the keeper of all stories and wisdom. He’s also a trickster who obtains his goals through various ruses. The new set will feature three climbing webs and four animal sculptures, in addition to one of Anansi himself. 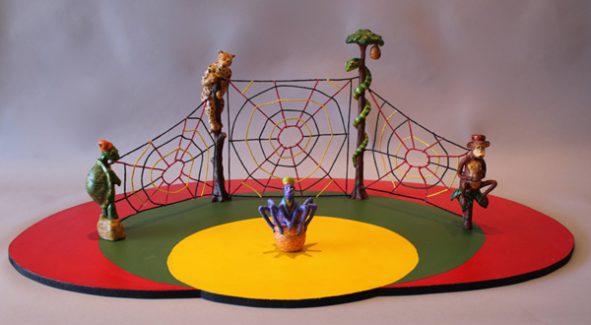 Fairytale Town has seen many new buildings and additions over the years—Mr. McGregor’s Garden opened in 1999, the Mother Goose Stage made its debut in 2005, the Yellow Brick Road was completed in 2012 and more—but, Anansi’s Web will be the first brand new play structure in 20 years. The most recent addition was Jack and the Beanstalk, which opened in 1997.

Garr Ugalde is an accomplished Sacramento sculptor who has exhibited widely in Sacramento and across the country. He also has completed several public commissions throughout the Sacramento region. His most recent public installation is a series of three sculptures called “Agora’s Light,” which was installed in December 2016 at American River College.

Work will begin in the artist’s studio this summer, preparation on-site at Fairytale Town begins this November, and the playset will be installed and ready for play by August 2018.

Thanks to a generous grant from the Sacramento Metropolitan Arts Commission, we were able to request proposals from professional artists to create the playset. Six artists responded to a call for qualifications, three were selected to create scale models, and Ugalde’s proposal was selected by a panel of seven board and community members for its playability and artistry.

All of us here are committed to keeping the historical integrity of the park, but we also know we must be relevant to the present and sustainable in the future. While we have had ample rain this year, the years of drought reinforces how important it is to conserve water. We believe that repurposing this portion of the waterway for a new playset will beautify the facility, provide innovative and challenging activities for children in our community, and enhance the Fairytale Town experience for all our guests. 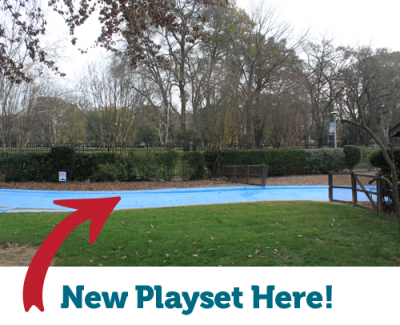 It is not too late to support this project!
Donations towards the new playset will be matched by the grant from the Sacramento Metropolitan Arts Commission.